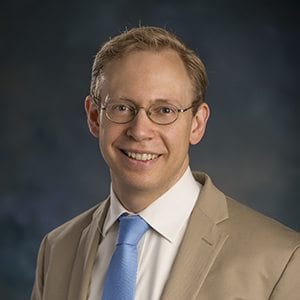 Charles R. Hankla is Associate Professor of Political Science at Georgia State University in Atlanta. He is also Director of Governance Programs and Senior Research Associate at the university’s International Center for Public Policy (ICePP) and an affiliate of the Asian Studies Center. Dr. Hankla earned his Ph.D. in 2005 from Emory University, and he also holds degrees from Georgetown University and the London School of Economics. In the spring and summer of 2013, he was a visiting scholar at Sciences Po Lille in France.

Dr. Hankla’s research is in the fields of comparative and international political economy, and he has a particular interest in political institutions as they relate to fiscal decentralization, budgeting, trade policy, and industrial policy. His research has included cross-national, quantitative studies and also field-work based analyses of India, France, and Mozambique.

Dr. Hankla’s work has appeared in such journals as the American Political Science Review, International Studies Quarterly, Comparative Political Studies, Comparative Politics, and Publius. He has published a book from Edward Elgar, co-authored with Jorge Martinez-Vazquez and Raul Ponce-Rodriguez, and entitled Local Accountability and National Coordination in Fiscal Federalism: A Fine Balance. And he is currently Co-PI on a grant from the International Growth Centre in London, funding survey experiments on voting behavior in the Indian state of Bihar.

Dr. Hankla currently serves as director of the department’s M.A. program, and he is a past departmental graduate director. Dr. Hankla serves or has served on dozens of dissertation and thesis committees in political science, economics, and public policy, and he received the college Graduate Mentoring Award in 2019. He also directs an exchange program with Sciences Po Lille in France and has led students on a study abroad program to Presidency University, Kolkata in India.

In addition, Dr. Hankla is an active consultant, particularly on topics related to fiscal decentralization and public budgeting. In his role as Governance Program Director at ICePP, Dr. Hankla is responsible for growing the center’s consulting and training activities related to fiscal governance in the developing world. In addition, his co-authored policy brief on decentralization has been accepted for publication by the T20, the official think tank of the G20 process. His past consulting work has been funded by the United Nations Development Program, the US Department of State, and the US Agency for International Development. Dr. Hankla speaks fluent French and has a reading knowledge of Hindi, German, and Russian.

Finally, Dr. Hankla is a regular public commentator on the politics of economic affairs. His online articles for the Conversation have attracted over 640,000 reads and have appeared on the websites of Newsweek, Time, Salon, The Huffington Post, The East Asia Forum, The World Economic Forum, Fortune, The New Republic, and The Business Standard of India, among many others. Dr. Hankla also gives regular media interviews and has appeared on or been quoted by the Australian Broadcasting Corporation, the Canadian Broadcasting Corporation, the China Global Television Network, CBS News, BBC News, Julie Rose’s Top of Mind, the Atlanta Journal-Constitution, and many others.